The weather has been glorious these last few days- gloriously beautiful. Ah love this time of year, especially when we get the weather we should get in June and July. Although, ah’m really strugglin’ wi’ the walkin’, it’s been great to see everything in bloom and hear the wildlife. Ah’m at the stage where ah think this might be ma last Summer- ah hope no’, but wi’ ma health ah have tae be realistic. Ah remember Two or Three days after ah’d been diagnosed wi’ the Cancer and been given a Fifty Fifty chance of survivin’ it, ah was sittin’ ootside the Bank on a day like today wonderin’ how many Summers ah might have left. Well, ah’ve had Six more since then and Two of them have been an Identikit of what ye wid’ve wanted…. Managed tae get some money in the Bank account. Davy, Chris and Linda won’t be forkin’ oot any money tae bury me. Ah went fuckin’ mental, though, and spent Twelve Hundred Quid on Bob Hope in a month- Forty Quid a day, for a month up in smoke. Ah did get a tablet, though, which is what ah’m usin’ to type this out. Ma long, long, long wait for a wee Shag( a big Shag wid be ideal, but a wee Shag wid be fine. Ah think if ah saw a fanny ma first reaction wid be tae put a plaster on it – it’s been that long since ah’ve seen One- Rivelisa, the Woman fae Brazil, hers was the last One ah’ve seen. Unfortunately, she didny look like a Brazilian Woman ye’d see on the beach at Ipanema or Copacabana, she looked like a Brazilian Woman that ye’d see doon the Amazon wi’ a spear and a bone through her nose. Ah still see her at the Mall, occasionally, but ah hide. Health wise, ah’m Fucked when ah walk and ah find it quite soul destroyin’. Tomorrow will be an abstinence day- nae fags, nae Bob Hope and nae Whisky- just tae see if it makes a difference. Whenever ah go oot ah’ve always had a couple of Rastafarian Old Holburn’s beforehand. So, we’ll see if there’s any change. Ah think it’s too late,though and ah widny be surprised if the Cancers back. Hey ho. 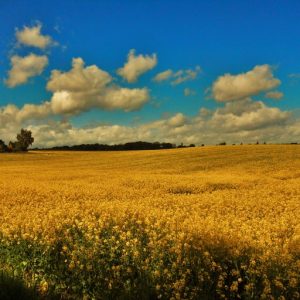