The big news out of Pumphy this Week was the scandal at the Womens Orange Lodge [ The Daughters of Billy] when it came oot in the wash[ or maybe it came oot in the Sash,?, ah don’t know] that Five of the ‘Daughters’ are pregnant. Where’s the scandal in that ye might ask,- well, it turns oot that that they’re aw pregnant tae the same felly. The mystery shagger, or Sashanova as local wags have been callin’ him, was takin’ a chance gettin’ big Billy McBigots wife, big  Billymina, up the duff because A- she’s scary as F–k and B – big Billy’s even scarier. His favourite meal is a Cheese and Catholic Omelette. Ah’m sure we’ve no’ heard the last of that, in fact, as ah write a source has informed me that Pumphy’s very own Porn star couple, Monty Fuck and Fanny Sayer [ no relation to porn Historian Simon Tea bag Montefanny, have offered Big Billy and big Billymina an undisclosed fee for the rights to film the story, which will be filmed  on Sunday and shown at the Pumphyplex Cinema House from Tuesday. The Film, called ‘The Sash, the gash and the ugly’, will no doubt be the couples usual mixture of lust, Pizza’s and Electricians wi’ huge appliances. 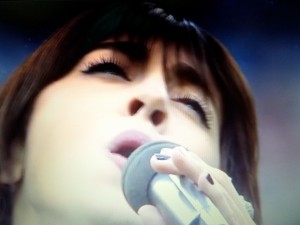