Tales from the stairwell 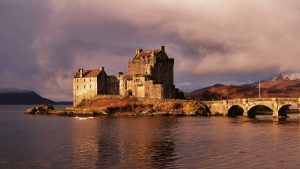 It’s never endin’ wi these wee C–ts  next door. Aw day Saturday, Three times on Sunday and every day this week, the Polis have been here tryin’ to sort some disturbance. One of the Three lassies who lives there was being escorted by a couple of Polis, laughin’ up at her pals in the flat sayin’ ‘Ah’m gettin’ lifted’. Ah thought tae masel  she’ll no’ be laughin’ if she ends up  sharin’ a holdin’ cell wi Two Women Rugby players who’ve no’ had a fight or a shag for a Fortnight. The Tranquilisers help, of that ah’ve no doubt, but they canny half zonk ye oot [ ah could say they can’t half zonk one out, but, Fuck that], and it takes a good Hour to fully wake up. The thing is that ah take Two of the Woodstocks [ Fluoxetine] when ah get up and they mellow me oot, tae the point where ah canny be ersed daein’ anything except get stoned. Ah get a bit stressed wi’ the C–ts next door and wish the problem would go away. That’s where a couple of big butch Women Rugby players  who’ve no’ had a fight or a shag for a Fortnight wid come in handy. Ah know that’s no’ very PC, but ah think the PC world has created C–ts like the C–ts next door. They get a Fuckin’ sweetie and a hug at School if they’re bein’ wee C–ts these days and aw the blame gets shifted on tae the parents- or their uncle Jimmy or Gary for shaggin’ them when they were wee. Ah wid hate tae be involved in somebody gettin’ evicted but ah’m on the verge of writin’ a letter tae the Cooncil or ma Two MP’s Hannah and Bardella to see if they can dae anything aboot it. Just got a text there tellin’ me that Man City have beaten Liverpool. Time for a break.