No’ long up oot ma bed. This has been the strangest festive period ah can remember and ah hope that if ah live tae see another it’ll be better than this one. Ah wid, under non Covid circumstances, normally be at Linda’s doon in Hawick or at Davy and Julie’s in Pumphy for the Baby Jesus’ birthday, but the Virus has effed everybody’s life. Ah didny want tae risk goin’ tae D and J’s because they had a few bodies for Christmas. The Polis allowed nearly as many people intae the last Ross County home match as  Davy and Julie had at their hoose and ah just didny want tae take any risks. Thanks tae ma gluttony for the Whisky ah broke ma phone and have spent the last Four days wi’ the ‘Black Dug’ and  nae contact wi’ the ootside world. Ah ran oot of Baccy, which ah can cope wi’ but ah’ve run oot of Bob Hope, which is alot harder tae cope wi’. On the upside, ah did see a bit of Chitty Chitty Bang Bang and the beautiful Truly Scrumptious – what a Shite film, though. Ah also got the last Hour of Spartacus- what a beautiful woman Jean Simmons was. Ah have enjoyed some of the stuff on TV- stuff that’s on when yer bein’ aw festive and gettin’ pished and ye dinny see. Ah’ll no be watchin’ anything festive tonight because the Telly’s no’ workin’. Ah’ve got the Spotify, though, so that’s a wee positive bobbin’ aboot in ma Ocean of negativity. Ah canny think of anything tae write aboot, so ah’m off tae bed for a few hours of escapism. 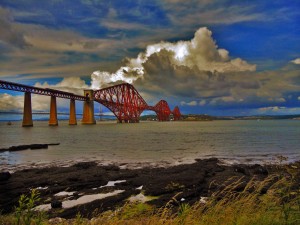