If ever ah had to live in seclusion for a year and ah could take Twelve CD;s, Twelve books  and Twelve DVD’s[ one for every Month]. One of the DVD’s wid be ‘The Sting wi Paul Newman and Robert Redford. For me, it was just perfection.  One of ma fave parts of the film is the transformation of the once legendary Henry Gondorf  from washed up drunk, tae the coolest con man in the World. Ah love when Johnny Hooker said tae a wasted lookin Henry G at their first meetin’  ‘Luther told me I could learn a few things from you- I already know how to drink’, Henry G replies wi’ ‘okay we’ve got a wise guy’ and a minute or Two later, He says ”I’m makin’ some breakfast kid, do you want some? ‘or do you already know how to eat’?. Love it.  Anyway ma point tae this is that Henry G was at rock bottom and dragged his life back tae the top of his game and ah like films when the character is lower than Lazarus  and  drags themselves out of the Abyss . Right there ah got one of those computerised voice things that interrupted ma music and read out what ah’d just written – Jim W, is there something ah should  be worried aboot? Have also had things pop up on tae the screen when ah click on tae trash comment, which were’ny there before.Could  ye check it oot?, cheers. Anyway, ah like those films where the person manages tae get oot the bit and turn their lives around, ah think because ah’m totally incapable of daein it masel and ah absolutely hate masel for makin’ the wrong choices. Ah had a Heart attack and Cancer and ah still smoke and cough like F–k and ah just think what a Fu–in’ Tool. Ah’ve lived off biscuits and Chocolates and Short breid since Christmas day. Ah had a plate of soup last night but ah couldny finish it. Ah feel as though a drank so much Alcohol in the Christmas week that ah’m strugglin’ tae sleep withoot it. Last night was an ordeal, well it wasny an ordeal at all, ah’m just bein’ a Tit – havin’ a massive Heart attack is an ordeal, gettin’ a Bone Marrow sample fae yer hip, is an ordeal, spendin’ Six weeks in Hospital gettin’ stem Cell replacement treatment is an ordeal- ah was bein’ melodramatic aboot last night bein’ an ordeal Anyway ah couldny sleep. Ah’d gone tae bed at Ten past One, which is early for me, but ah’d run oot of Fag papers and didny have any Bob Hope or ma wee ‘ Woodstocks’, and ah didny want tae open a bottle of Port tae Tan it in a couple of ‘oors, spillin’ maist of it probably and endin’ up face first intae ma Bookcase. Ah’ve got a beard growin’ that’s nippin’ ma face like Billy O, but it’ll take Four Cheap Razors tae shave it off and ah’ve only got Two. Ah’ve been in ma jammies and after ma initial sun burst finish tae ma kitchen when Chris came oot and was well impressed a few weeks ago ah’ve given up on everything. Ah have tae get masel oot the Shite that ah’m in, but , deep doon ah just dinny think ah can dae it. Linda, Davy and Chris, sittin’ me doon and tryin’ tae put some sense in ma heid could help but Forty years of them tryin’ that one has worn them out. Ah’ll maybe watch The Sting. 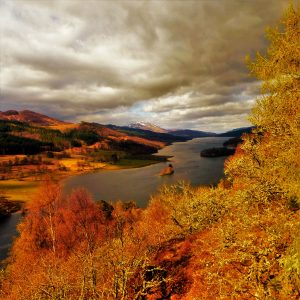