Ah feel as if ah’ve hit some kind of brick wall in ma life and ah canny[ or dinny] seem tae be able tae get through it. Eighty quid on one night of Whisky and Waccy Baccy made me think that ah might have a problem. Ah’ve nearly ersed ma nice Gin ah got fae Davy and Julie for Christmas in a day. Ah think it might be boredom. It’s been a funny week and ah still don’t know what day it is. Ah try tae keep upbeat and positive but ah think ah’m heading for some kind of mental breakdoon. Forty years of makin’ an absolute Cunt of ma life is finally catchin’ up wi’ me. Ah try no’ tae think aboot it too much but ah worry that the realisation that ma life has been a total waste will at some point hit me really hard. Ah’ve no’ had a hot meal in a week- canny be bothered cookin’. Might have some soup. A wee upswing in fortune has changed everything. 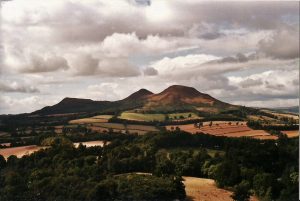