Ah’ve been a wee bit subdued over the last Two or Three weeks, which explains ma neglect of the site. Ah’ve been a bit effed, to be honest, and walkin’ has been an absolute nightmare, so ah’ve been limitin’ that. Been gettin’ funny wee pains in ma arms and dizzy spells which worry me a wee bit at the time but, thankfully dinny last long. When ah get them ah think ‘Here we go – Heart attack or stroke, imminent’. It’s an absolute pain in the arse no’ bein’ able to go a nice long walk, by the River or through the Woods or up a hill.  Ah was walkin back fae Pumphy the other week to Craigshill and ah had to stop for a break aboot half a dozen times before reachin’ the flat- and that was me just at base camp – ah still had mount Stairwell tae deal wi’, and that was another Four stops before ah got in the flat. Ah was like Eric Liddel efter he fell doon in that race and got up and won it- totally effed.It took me aboot half an oor tae make a cup of Tea and a wee Rolly Birkin, THAT’S how effed ah was. 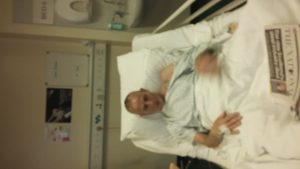