On a serious note

Ah was thinkin’ aboot Alf Garnett and how attitudes have changed over the course of my lifetime and how these days it’s like a case of ‘Ye said ‘Turqouise’ on  a Saaturday’ ? have ye no’ shame?, d’ye realise yer gaunny upset the ‘Keep Saturday free of Turqouise brigade[ even though there are only Three of them], so, ah was thinkin’, and ah’ll try and put this as’Sucksickly’ as ah can, that ‘commentators’ say that the joke was on Alf Garnett as he was the racist and bigot and the character was highlightin’ a man who was a C–t, basically. Noo, that was a very popular show and ah’m quite sure a large percentage of it’s viewers thought he was great. Ah feel like Baldrick tryin’ tae get a point across, here,. So, if ye were actin’ like Alf Garnett these days, ye’d be in trouble and probably get arrested and fined, if no’ the Jile so, if yer gaunny be a C–t like Alf, or worse, even, the Holy Wullie of C–ts, a shining light of C–tery for a’ thy flock in C–tendom, ye’ll be quite rightly condemned. So, imagine a despicable extreme right wing Nazi bigot in a book. The author could, ah’m sure, go tae toon wi’ a character like that- imagine a mix of Joe Pesci’s character fae ‘Goodfellas, the evil wee Nazi fae ‘Inglorious Basterds’ and an awfy C–t- would the portrayal of the character in itself no’ be offensive ?. Ah know what ah’m tryin’ tae say here but ah’m struggling-‘ ie, it’s ok to write whatever ye want through a character in a book or film tae highlight the despicableness [ah think ah just invented that word ] but anyone actin’ like that in public wid get their erse kicked. Anyway ah had a Fucker of a Heid ache aboot Half an oor ago, so ah took an Amatrampoline and it’s gone noo.Amazin’. Ah got a pair of Glesses off the Admiral and after Two or Three Sudokus ma heid was sare and ah think the Glesses might have been a contributin’ factor tae the sare heid.. 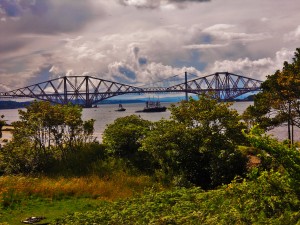