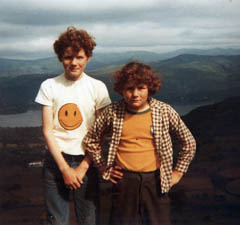 The premier League was formed in an attempt to make Scottish football more competitive and loosen the grip of the old firm duopoly.In its first year Rangers were champions[and treble winners]and in the first ever old firm premier league Derby,on the first Saturday of the newly formed Premier League,the biggest crowd in Premier League history turned up at Ibrox to watch-and to sing songs about stuff that happened ages ago in another country. Rangers won Twenty Three and lost Five of their Thirty six matches,finishing Six points ahead of Celtic,who lost Nine matches.Hibs won Thirteen of their Eighteen home games,losing Three and finished Five points behind Celtic and Eleven behind Rangers,for their best ever premier league season.Eleven points was also the difference between Hibs and relegated Dundee,who lost out in the Dogfight to Dundee United,Aberdeen and Ayr united.Ayr finished in Sixth place on Thirty Three points- a point ahead of Aberdeen,United and Dundee who’s inferior goal difference saw them relegated.St Johnstone were the other relegated team after a desperate season which saw them draw One and lose Seventeen of their Eighteen league matches away from home.They won Three matches at home but,over all,lost Twenty Eight of Thirty Six matches.         .#Trivia-In two home matches with Celtic,Ayr United scored Five times-unfortunately for them Celtic scored Twelve times in 7-2 and 5-3 victories.Nine goals were also scored when Motherwell beat Dundee 6-3 at Dens Park.                The next season saw a reversal of fortunes for the old firm as Celtic lifted the League flag,finishing Eight points ahead of Rangers and also breaking their own premier League scoring record with Seventy Nine goals.Aberdeen and Dundee United who both avoided relegation on goal difference the previous season finished Third and Fourth,respectively and new boys Partick Thistle finished in Fifth place.Kilmarnock,who were promoted along with the Jags, found premier League life much tougher and went straight back down to the first Division.—#Trivia-For the second season in a row Motherwell were involved in a nine goal thriller,losing this time 5-4 away to Killie.       PART TWO to follow.