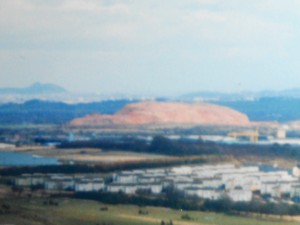 The Pumphy husband and wife Porno stars, Monty Fuck and Fanny Sayer have announced that their new film will be a collaboration with Dawn French. ‘The Knickers of Dibley’ will open at the Pumphy Cinema a week before Christmas. It is Monty and Fanny’s first film in almost a week – since making ‘Monty’s milkman adventures’ where Monty plays a milkman who shags a housewife, played by Fanny. This was part of the epic trilogy that had taken over a month to make- the other Two films being ‘Monty’s Gas man adventures’, where Monty plays a Gas man who shags a housewife, played by Fanny and ‘Monty’s Ice cream man adventures’ where he plays an Ice cream man who shags a housewife, played by Fanny. These films should not be confused with ‘Fanny’s housewife trilogy’, where Fanny plays a housewife who shags the milkman, the Gas man and the Ice cream man, played by Monty. Although there are similarities between the Two trilogies, Fanny’s housewife trilogy was filmed in she and Monty’s kitchen and Monty’s trilogy was filmed in their bedroom.  ——- The continuing hostilities between Pumpherston popular front [PPF] leader, Boabby Thomson,  and the commander in chief  [CIC] of the peoples front of Pumpherston, [PFP] , Boabby Thomson, [no relation] have taken a turn for the worse after after PFP leader, Boabby Thomson got pissed last night and shagged ‘Tysonette’, the prize winning Greyhound belonging to PPF leader, Boabby Thomson. He tried denying it but the bottle of Buckfast with his fingerprints on it and the ‘Boabby Thomson-here and Lovin’ it’, and  ‘PFP ya bass’ graffiti in his handwriting, inside the dog kennel buggered that. He said that it was revenge for PPF leader, Boabby Thomson[still no relation] calling his Granny ‘A wee midget C–t’ at last weeks Proddy supremacy cheese and wine party.