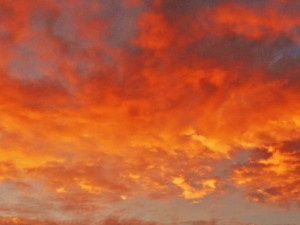 I had to give blood again up at the Hospital today, Paty drove me up and he struggled to get a parking place. He dropped me off before getting parked. Anyway, Dr Storrer had a wee word and told me that I had done ‘remarkably well’ over the last week, considering I was close to death last Tuesday morning. I’ve still not had a fag since the heart attack – that’s Nine days, now, and I’ve not used the patches or any other Nicotine shite. I miss rolling and smoking the Rastafarian roll ups, though, but I certainly don’t miss feeling the way I did during the heart attack – and that will always be a driving force behind staying off the fags. I did say to the Dr that I’ve been making tea instead of smoking the stuff but also said that if he advised me not to take it in any form I would take his advice. He reckons that I should lay off it until the chemo is over with. He also said that the Chemo is giving the Tumour a fair old fight but it is still quite early days yet. I remember when Tommy Hearns fought Marvelous Marvin Hagler years ago,  and for the first Two minutes the ‘Hit man’ looked as though he could give the marvellous one a run for his money, but Six minutes later he was down and out. My only consolation from that is that I’m only fighting cancer and not the Awesome Mr Hagler. My cancer/chemo hair is getting thinner by the hour, it seems, but overall, when I consider everything –  cancer, chemo, heart attacks, strokes,baldy heid and rabid itchiness at times –  I’m dodging away,  and  I know there are people who are in relatively the same situation as me but who are having a harder time than me. Oh, and I’ve managed to do a Jobby Charlton. I was given a ‘make ye shite’ medicine at the hospital today but I didn’t need it.