What a Fuckin’ day that was

Jesus Christ, what a Shite day that’s just ended. Ah had a Shite sleep tae begin wi’ and it was about Eight in the mornin’  when ah dozed off. Didny wake up till half one in the afternoon and when ah checked for the Covid shoppin’, the note had been put through the letterbox to say it had been delivered, but when ah opened the door, nothing. It had been stolen, and ah know it was those pond life Bastards next door. There was a knock at the door earlier that mornin’ and it was someone from next door. Ah didny answer because it was half Two in the mornin’ and ah heard the next door openin’ and closin’ as someone went back into the flat. That’s the First time ah’ve deefy’d the wee Bastards, after givin’ them fags, Tobacco, fag papers, toilet rolls and £45 over the course of the last few weeks. So, ah thought ‘FUCK IT’, enough’s enough, it’s got beyond a joke, yer gettin’ nae mare, ah don’t care how desperately ye need a fag or a Shite, yer gettin’ FUCK ALL. Because they’ve been shagged or abused in some way when they were young, they’ve become the ‘We can’t be blamed for anything because we had a Shite childhood’ brigade. It’s a nightmare, ah’d just shoot the Cunts – take them intae the Wids, knock Fuck oot them and shoot them. That’s me after Two Prozac and Three Amatriptyline’s and a Rastafarian roll up or Two. 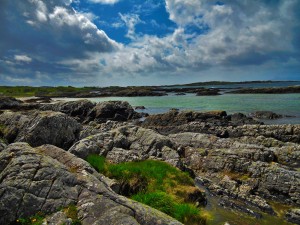 They’re just showin’ a blatant and flagrant disregard for the others in the block, and the next block. The Polis did say that they’re tryin’ to arrange an ASBO for the wee Bastards. Hopefully they’ll be evicted or deid soon. If anything did happen tae them ah’d be the main suspect if it was a Poirot or Miss Marple, thing, but in the last Five minutes, the culprit, who hasny been referenced at aw up until then, will be revealed. So that was the beginnin’ of the day, the middle wasn’t much better and by the end of the day ah just wanted tae kill somebody, or somebody tae kill me.. So that was ma Shite day. Tae make matters worse, the Greek guy ah get ma Weed fae, Costas Woppincropodopeolous, got busted. Mare on that one in the Pumphy News.