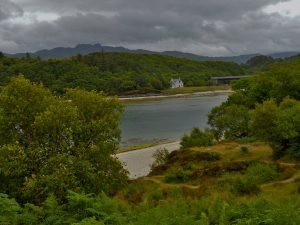 We had oor Monday Cancer Bus meetin’ earlier today and it ended wi’ me getting a row off a certain party who shall remain Dunc. Ah was a bit out of order in that ah nipped roond tae the Admirals for some Baccy and ended up gettin’ a crew cut and some  ships biscuits. Dunc made me feel so guilty aboot the episode that ah got doon the road, after bein’ put on shore by the Admiral, feelin’ like it was me who murdered that wee Shetland Pony at the back end of Pumphy. Ah sincerely hope that the wee Bastard who did that gets Rodgered and Buggered tae within an Inch of his life wherever it is they sent him. Just as well ah got the Biscuits, ah’ll be able tae sleep. Anyway, Zack the Dug. One of these days Duncs livin’ room walls are gaunny resemble the scene at the Charles Manson murders. Whenever ah walk intae Duncs livin’ room Zack almost attacks me wi’ happiness and exuberance. Ah don’t know if Duncs been Buggerin’ him tae within an Inch of his  life, and he’s  delighted and overjoyed tae see me because ah’m no’ intae that, but if the hardon it had the day had burst there wid’ve been a Fuckin’ blood bath. He was gaun mental,lickin’ ma face and gettin’ that whimpery, greety way that they get [ that’s Zack, by the way, and no’ Dunc – he got like that later- and ah was gettin’ scared that it actually was gaunny burst. He could get a job in Dug Porn[ that’s Zack and no’ Dunc] wi a beast like that. That’s half Ten nearly and they wee Cunts next door are at it wi that shit music that isny music, just thump thump, Fuckin thump. Rolly time.