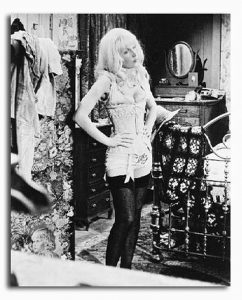 That’s almost a week noo in the new place and ah’m settlin’ in nicely. Got the kitchen, hallway and livin’ room sorted- ah need an Ariel and a bookcase for the bedroom and that’ll be me. Walkin’ tae the shop can be an ordeal as ah have tae stop every so often tae give ma Calf’s a rest. Walkin’ back can be a Bastard tae. Despite the move and the new/familiar sights ma health is a constant downer. Ah get a wee bit depressed ( or down, at least) and it’s become a regular occurrence- dizzy spells, sharp jaggin’ pains in ma legs and arms and wee murmurs in ma chest. Ah think sometimes that ah’ll probaby drop doon deid before the years oot- just ma luck. Still, ah’ve got loads tae keep ma mind of aw that Shite. It’s guid that ah dinny have tae go far for the Bob Hope, which, ah must admit, ah’ve no’ been smokin’ as much. Ah spend most of the time in the kitchen at the table, which has been an awfy boon and is the only cluttered part of the flat. Ah always end up wi’ far too much Shite and ma big job here in the new place will be tae keep it fae gettin’ cluttered. That’s me till Saturday – sometimes the site crashes after ah’ve typed oot alot of words and it’s annoyin’, so ah’m signin’ off.