Well, that’s just over a year since I moved into the flat – and what an eventful year it’s been. I have been so lucky to have had Davy, Chris and Linda constantly looking out for me and being there for me. Friends have been amazing, too and there have been many times over the last year when I have felt like George Bailey at the end of ‘It’s a wonderful life’. I was quite shocked to hear that James Stewart, who played George Bailey in the film was so right wing he made John Wayne seem like Pete Seeger. Anyway, it’s nice to know that people care. Tomorrow I have a visit to the Heart people for some tests and observations and a week later it’s the big One where I will find out if I am clear of the Cancer. My right underarm is still very tender and quite sore at times- that’s where it all started and the scar from the biopsy, although healed, is still visible. I worry sometimes about the cough and hope it’s not Lung Cancer, like Scud senior. Although, he had the cancer everywhere. I think that he had so much cancer in his body that he rented what he didn’t need out to the people in the beds either side of him. Scud senior used to say to me that I took far too much smoke into my lungs with One draw – and I remember thinking at the time, ‘F–k sake, that’s rich coming from the man who smoked 40 a day into his Sixties. Mind you, he was still walking up the Pentlands into his Sixties [sometimes after a night at the Bowling club – sometimes after a night at the Bowling club and a shag with his bit on the side]. Between them, Bunty and Scud had more bits on the side than a fussy bairn’s dinner plate – if they’d spent as much time with each other as they did with other people -they might’ve got on. I’ve wandered off my point – which was the cough. No point worrying, I suppose, until I hear what the Doctor has to say. In just over Three weeks I’ll be Fifty Three – last October 21st, at 2.45am, the doctors and Para medics didn’t think I’d see Ten to Three – so I am just happy to wake up every day. 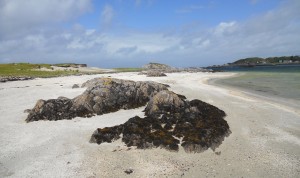