Today started off with the Twenty One pill salute to Chemotherapy, then a lift to the hospital from Paty to get my CT scan. Originally they were just going to scan my head but it turned out that they had to scan my chest and arms to see what the arteries looked like. I will find out soon enough what the results of the scan reveal. I have to see an eye specialist, too and after that, who knows. Paty had to leave St Jocks early – I’d been telling him on the way up how quick we’d be at the X-Ray department – my appointment was for Twelve o’ clock and I didn’t get out till half one. Luckily, Yorkshires finest, in the shape of my ex B and Q colleague and Leeds Utd fan, big Stuart was there to pick me up. He was wearing a Scotland ’74 world cup fitba’ top, which threw me a bit, then I saw the number on the back- 4 – Scotland and Leeds legend Billy Bremners number. Anyway, Stuart was treating me to my lunch today . He mentioned a place in Linlithgow and I thought he obviously hadn’t heard of ‘stoviegate’, but he decided on Tony Macaroni’s instead. The mussels in the white wine sauce were the business. I had them for a starter and if I could have had them for my main dish and my Dessert, I would’ve. I’ve had ‘Moules’ in Paris, Bordeaux, and Nice and Tony Macaroni’s were as good as any. I was running a bit late for B and Q by then but managed to catch Liz before she left. I explained that Dr Hannah would send my sick line to B and Q and Liz asked if I could attend a meeting tomorrow, which I can. By the time Stuart dropped me off I had missed Jim and Jimmy and it was time to go to matt and Hazels for more dinner – I’ll be turning into an awfy fatso. If I can keep eating like this and stop smoking, I have a good fighting chance to beat this C–t of a thing. It was great seeing the ‘big fella’ today- he’s as clever as a chap with Three heads and designs filtration systems for stuff used in the oil industry – he loves Leeds utd and if he was prime minister, I’d vote for him. Anyway no more chemo for nearly a month – thank F–k. I was getting a bit worn out with jags and injections and constant visits to the hospital – on Monday Davy B and I spent Eight hours in the hospital. He sat in with me when I had to see the heart specialist, Dr Jacobs. The Doctor asked me if I smoked and when I told him that I did he asked me to stop smoking. He also asked me if there was anything that ran in the family and I told him that Davy had done the London and Wellington marathons- Davy laughed and the Doctor showed his skill by outwardly laughing and inwardly thinking, ‘F–k off’. 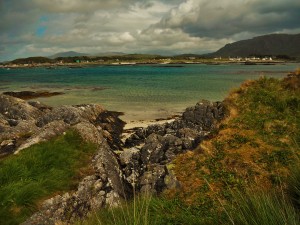 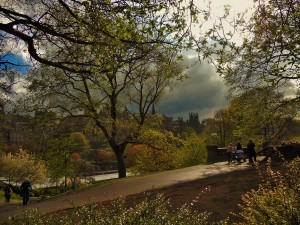 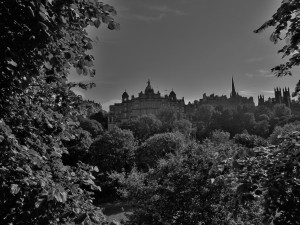